The complications, which go well beyond cognitive impairment, can occur even in moderate cases, according to a study published Wednesday in the journal Neurology: Clinical Practice.

“These particular complications of Covid, and neurological disorders more generally, are about your ability to interact meaningfully with the world,” said lead study author Dr. Pria Anand, an assistant professor of neurology at Boston University School of Medicine. “I think that’s one of the unique and devastating things about this (virus).”

While Covid-19 can cause headaches and altered mental status in a large number of patients, there are also more serious complications that can require specialized management by neurologists, the study found.

The current study looked at data from 921 adults hospitalized at Boston Medical Center for Covid-19 from April 15 to July 1, with 74 requiring examination by a neurologist. The patients involved in the study were average age of 64 years, and 47 already had a history of neurologic disease.

Focusing on patients with existing neurological manifestations, the researchers found that 18 had been admitted to the hospital due to strokes after contracting Covid-19, 15 had seizures and 26 had a form of brain dysfunction causing confusion and delirium. Another seven had movement disorders, and three patients had suffered traumatic brain injuries related to falls at home after coming down with Covid-19.

Ten of the people in the study group died, from causes including multi-organ failure. Many of the survivors who had entered the hospital with a mild neurological disability were discharged with moderately severe disability, the study found.

A study in a low-income community

One important aspect of the study was in portraying how Covid-19 and its aftermath impact low-income areas and communities of color, said Anand, who is a member of the American Academy of Neurology.

Boston Medical Center, which is located in the city’s South End, serves a neighborhood where over half of patients live in households with income less than $25,000, two-thirds are racial or ethnic minorities and 72% of hospital visits are by low-income or elderly patients who rely on government-provided insurance coverage.

“We were in the unique position of caring for patients who were disproportionately affected by Covid-19 and just wanted to paint a fuller picture of what the neurologic complications are in this critical set of patients,” Anand said. 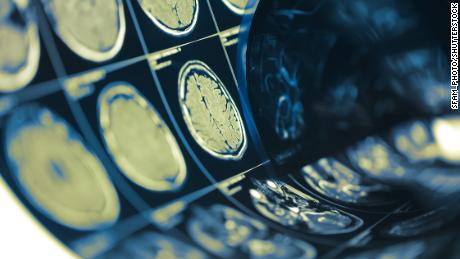 During the time covered by the study, the hospital had the second-highest Covid-19 case count of any hospital in Massachusetts, a state that itself was third in the nation for overall cases and cases per capita.

“Neurological complications of Covid-19 may arise from direct effects of the virus, but are more typically a reflection of the nervous system’s response to the infection,” said Dr. Orly Avitzur, the president-elect of the American Academy of Neurology and editor in chief of the organization’s Brain & Life magazine, via email. She was not involved in the study.

For instance, low oxygen levels, which are common in Covid-19 patients, can cause encephalopathy, or brain damage that could prove permanent, she explained. And those with severe cases of Covid-19 cases can have surges of immune signaling proteins called cytokines, which can cause alteration of consciousness of confusion with effects lasting months, if not longer, after the initial infection.

Avitzur noted that the study at Boston Medical Center only analyzed neurological patients during their hospitalization or 30 days prior to admission, so future research is required to assess the long-term consequences of these effects on Covid-19 survivors. 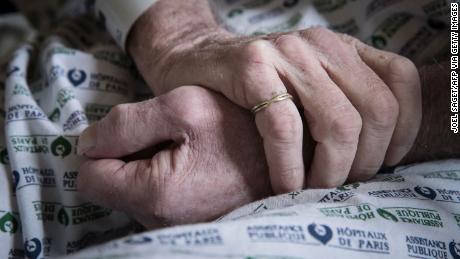 “With nine months into this pandemic, we cannot yet predict the course of the long-term effects,” she said. “We are likely to be gathering these data for years to come.”

She cited a similar
study published by Spanish researchers in August showing that 57% of those with Covid-19 experienced at least one form of neurologic symptom, including myalgias, headaches and disorders of consciousness.

Disorders that change you as a person

Of the 64 survivors with neurological complications that were discharged from the hospital in the Boston study, 27 of them returned home. Some 20 patients required ongoing care at skilled nursing facilities, including 11 who had been living at home prior to hospitalization. Another nine were sent to acute rehab centers, three needed care at long-term acute hospitals and five patients entered hospice care.

“A lot of patients had Covid-caused complications of critical illness systemically,” Anand said. “People’s journey is not over when they leave the hospital.”

And it’s unclear how long these alterations to their lives might last.

“Beyond just the question of surviving or not surviving, there’s this kind of vast grey area of when do you get to be the person you were before you were ill?” Anand said.

It’s unclear whether some will get their life as they knew it back again.

“For so many people, that’s just as important as the question of survival or not,” she said.