British scientists are testing a new antibody treatment which could immediately prevent someone infected with the coronavirus from developing COVID-19, the Guardian reported Friday.

So far, the treatment has reportedly been tested on 10 individuals. Scientists hope it will protect those who receive the drug from developing COVID-19 for between six months to a year.

According to the report, the drug could be used as an instant treatment for someone potentially exposed to the virus. The report said the treatment could be deployed in nursing facilities as soon as a case of the virus is discovered, thus potentially protecting residents.

The drug was developed as part of a joint project between University College London Hospitals (UCLH) and pharmaceutical giant AstraZeneca, which has also developed a coronavirus vaccine alongside Oxford University. 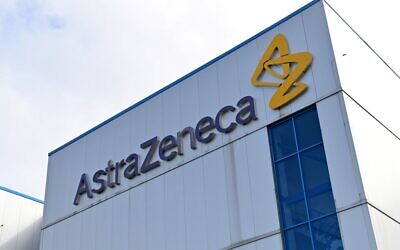 Instead of using antibodies produced by the body to fight off an infection, the new treatment uses laboratory-created monoclonal antibodies.

The treatment is designed to block the attachment of the virus to human cells, thus blocking infection.

Dr. Catherine Houlihan, a virologist at UCLH, who is head of the “Storm Chaser” study into the drug, told the newspaper that if the treatment was found to be effective, it would be a valuable tool to add to the treatments and vaccines already developed.

“To date we have injected 10 participants – staff, students and other people – who were exposed to the virus at home, in a healthcare setting or student halls,” said Houlihan, adding that the participants would now be closely tracked.

According to Sky News, the trial is aiming to recruit 1,125 participants worldwide.

“If we can prove that this treatment works and prevent people who are exposed to the virus going on to develop COVID-19, it would be an exciting addition to the arsenal of weapons being developed to fight this dreadful virus,” Houlihan said.

“The advantage of this medicine is that it gives you immediate antibodies,” she said. “We could say to trial participants who have been exposed: yes, you can have the vaccine. But we wouldn’t be telling them that would protect them from the disease, because it’s too late by then.”

The vaccines developed so far take a number of weeks to confer immunity to their full extent. 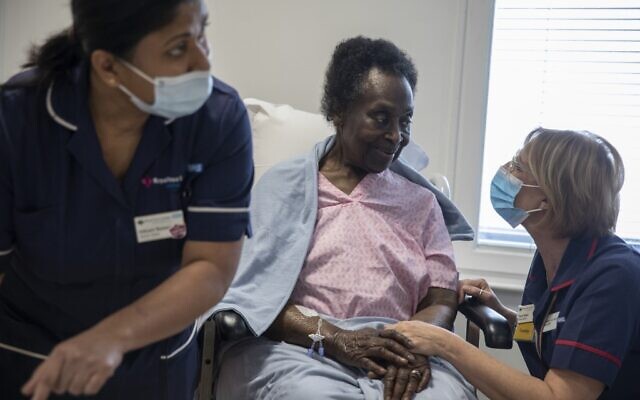 Josephine Faleye (C), 80, is prepared to receive the Pfizer-BioNTech Covid-19 vaccine at the Royal Free hospital in London on December 8, 2020 at the start of the UK’s biggest ever vaccination program (Jack Hill / POOL / AFP)

In a separate trial, scientists are investigating whether the treatment could protect immunocompromised people who are either unable to receive a vaccine or for whom vaccination could be ineffective.

Both trials were entering their third stage of randomized testing on human volunteers.

Dr. Richard Jarvis, a co-chair of the British Medical Association’s public health medicine committee, told the Guardian that both trials were interesting but would need to be stringently examined before widespread use of the treatment.

“For the vast majority of the population, vaccination offers the best protection against COVID-19,” Jarvis said. “It’ll certainly be interesting to see if these trials are effective. But it’s important that any new treatments are thoroughly researched, scrutinized and, most importantly, safe before we consider introducing them.”